The excellent facilities of CEME, Rainham, have again this year been chosen for the East London and Essex Education Conference and Exhibition.

The event, hosted by HES, is open to all Senior Leaders and Business Managers and will provide delegates with the opportunity to listen to inspirational keynote speakers in education, to visit the wide range of education supplier stands and to share ideas and network with colleagues.

HES is a proud finalist of both the Education Resources Awards (ERA) in two categories and the UK Customer Experience Awards 2019 (CXA ’19). The ERA is recognised throughout the education sector as an accolade of excellence.

Delegates wishing to attend should please note that entry is free of charge at this event but that they do need to register for a place using the registration button below.

Companies wishing to take a stand and to be put forward for approval at this event should please contact us as soon as possible. 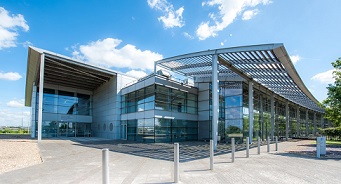 Having been a teacher for over 25 years, 20 of which were at Senior Management level, Claire joined the UK charity Mindfulness in Schools Project (MiSP) as their Director of Curricula and Training. As part of her role she creates classroom content, and trains teachers to deliver mindfulness-based programmes in school settings for 7-18 year-olds. She has taught mindfulness in a range of settings, including traditional primary and secondary schools, the Guildhall School of Music and Drama in London, pupil referral units (short-stay schools), medical schools, the NHS, Multi-Academy Trusts, to educational and clinical psychologists, in universities (University College London, Kings College London) , and on public courses. She has also trained teachers to deliver mindfulness courses in the UK, Ireland, Thailand and Hong Kong. She has also worked with MYRIAD research team, overseeing the .b teacher training programmes on behalf of MiSP as part of the research. Claire’s passion is around the link between staff and student wellbeing and how this feeds into the ‘weather’ in the classroom, and the broader learning and social culture within the school. 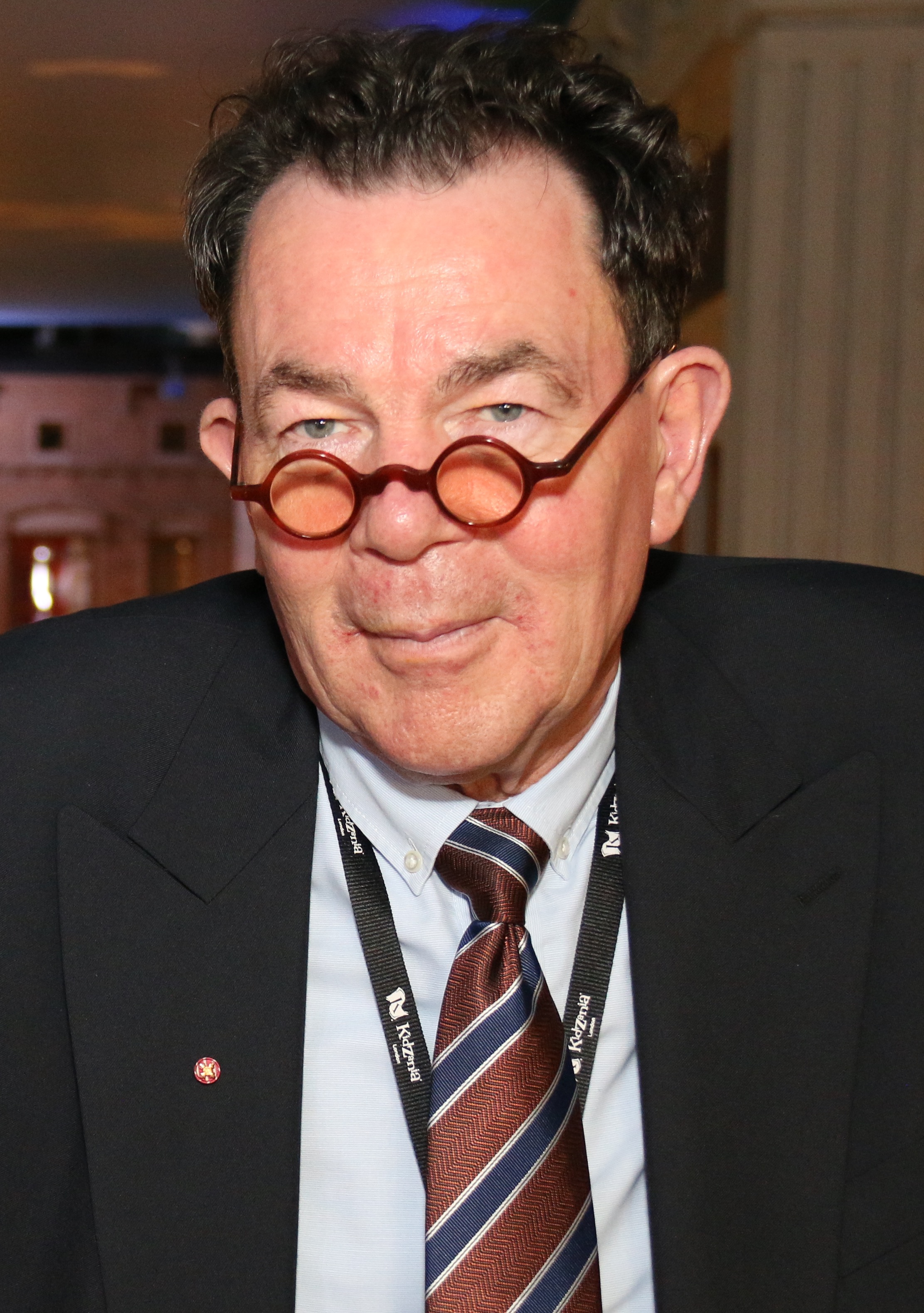 Dr Ger Graus OBE is a renowned figure in the field of education, where, since March 2017, he holds the position of the first Global Director of Education at KidZania. KidZania, where children aged 4 to14 can experience the world of work through role-play, is designed to inspire and empower: “from inspiration to aspiration”. Since its inception in 1999 in Mexico City, KidZania now has a presence in 27 cities on 5 continents with plans for further developments in some 20 locations including the USA, Canada and South Africa. Dr Graus has been at the heart of innovation and project development such as ‘KidZania World Online’; ‘Individual Pupil Participation Profiles’; ‘KidZtalks’; ‘KidZania Careers Weeks’; education ‘Think-Tanks’, ‘Ambassador Schools’ and independent evaluations by, amongst others the University of Cambridge, Cass Business School, Havas Helia, Tribal Planet Inc and Tecnológico de Monterrey. Based on these evaluations’ findings, Dr Graus is now spearheading a ‘Futures Awareness’ campaign to globally introduce careers education into the primary school phase. After all, as he frequently reminds us: “Children can only aspire to what they know exists.” Dr Graus started at KidZania London in 2014, where he has been responsible for developing the UK-wide education strategy, including partnerships with schools, Higher Education, commercial and third sector learning partners. Before this, in 2007, he became the founding Chief Executive of the Children's University. Under his leadership, the Children's University became a multiple-award winning international charity providing 5 to 14-year-olds with exciting and innovative learning opportunities outside school hours. The Children’s University's global reach now extends as far as Australia, China, Malaysia, Singapore and the Middle East. Dr Graus moved to the UK in 1983 when he began his teaching career at Taverham High School in Norwich. He next moved on to a management position at Winifred Holtby School in Hull. Subsequently, he became Education Adviser for Manchester City Council, introducing Modern Foreign Languages into the primary school phase, and later Senior Inspector for Salford City Council. After that, he became Director of the two Wythenshawe Education Action Zones based in the south of Manchester, leading improvements in both quality and standards across 29 schools. Ger Graus was awarded an Honorary Doctorate by Staffordshire University in 2011 and was made an Adjunct Fellow by the University of Adelaide in 2013. In 2018, he was granted the Education Leadership Award by the World Education Congress in Mumbai, India and in 2019 he was appointed as Academic Leader at the Instituto Tecnológico y de Estudios Superiores de Monterrey in Mexico, also known as Tecnológico de Monterrey, making him an Honorary Professor at the university. In the 2014 Queen’s Birthday Honours List Dr Graus was made an Honorary Officer of the Most Excellent Order of the British Empire (OBE) for services to children. Dr Graus now works with and advises organisations globally on the learning agenda in its widest sense, including the Organisation for Economic Co-operation and Development (OECD), the Council of Europe, Sharjah Private Education Authority (SPEA),WISE as part of the Qatar Foundation, Ashoka, the Instituto Ayrton Senna, the Partnership for 21st Century Learning (P21), as well as the business world, including Tribal Planet Inc, Book Depository, British Educational Suppliers Association (BESA), Liberty Global, F1, LEGO, Discovery Education, Atlantic Productions and Independent Films. Dr Ger Graus OBE is a member of the Bett Global Education Council, chairs the Beaconhouse School System’s Education Advisory Board, has recently joined Junior Achievement Worldwide’s Global Council, and has been invited by His Highness Sheikh Hamadan Bin Mohammed Al Maktoum, Crown Price of Dubai, to help shape the future of education in Dubai as a member of the Dubai Future Councils. Dr Graus is a regular contributor in TES Global and for TommorrowsChild.TV. He has a monthly column, ‘Becoming Me’, in The Week Junior and is working with Dorling Kindersley (DK) on a series of Futures Awareness books for primary aged children. In his book ‘Natural Born Learners’, author Alex Beard says of Dr Graus: “In learning terms, Ger Graus is Jean-Jacques Rousseau meets Willy Wonka.”

Rochelle has been involved in supporting the education sector all of her career, from organising national graduate recruitment events, marketing career guides, to supporting community groups and afterschool clubs access much needed grant funding. She has realised a passion for supporting schools and charitable organisations in developing the skills required to access funding. More recently Rochelle has led a successful team of funding officers, securing over £30m for Essex based organisations, as well as delivering training to schools right across the county. Having been a School Governor herself, she is well versed with the school environment and the budgetary challenges being faced. She continues to work within the public sector today, where her drive for developing innovative solutions to diversify public sector funding continues. Rochelle will be introducing the Bidding and Diversifying School Funding workshop which will be delivered in Spring 2020 and sharing her top tips for developing successful grant applications.

Ross McWilliam is quickly acquiring a new name…Spartacus. This is not down to his strength and courage, but more to the fact that he uses The Spartacus Game to quickly engage audiences…and effectively gains a devoted following, just like Spartacus…but he promises nobody will get killed! Ross was a teacher in the UK, Canada, USA and Saudi Arabia, and worked within High School, Special School, College and University levels. He was also Commercial Manager at Preston North End FC and has run a few businesses. He once featured globally in a project called “I want to get married in a year” where he vowed to change his life and get a wife! Ross believes that he shares knowledge with his audiences, it is a two way street and he uses practical games to actively demonstrate how people can simply become aware of confidence and motivation, and how crucial it is to develop these two life qualities. Moreover, Ross will entice audience members to demonstrate confidence and emotional motivational awareness and so start off the journey for a better life.…as Ross says “ Fun is my main priority and learning can be a by product! Previous clients include Easyfit Personal Training, University of Central Lancashire, Westholme School, Lancaster Girls Grammar, Sedbergh Independent School, Lancashire Business League and Shout Networks, ISBL, NAHT, Wells Cathedral School, Burnley FC, Fleetwood FC and Blackpool FC. By the way, he also catches a raw egg on the back of his neck….so please don’t sit too close…unless you are confident!
Back to Top 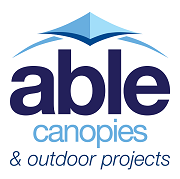 Zen Educate
Back to Top