The London Borough of Havering 2022 annual two-day Headteachers’ Conference is again being held at the Stoke-by-Nayland Hotel near Colchester. The Conference includes a varied and comprehensive Programme with eminent keynote speakers and an education suppliers exhibition on the first day of the Conference.

The event opens at 8.15am on Thursday 17th March and closes after lunch on Friday 18th March. Delegates wishing to attend should please register on this page and note that accommodation can only be offered on a first come, first served basis.

Companies wishing to take a stand at this year’s event should kindly call us or email using the form at the bottom of this page.

Please note : Every effort will be made by the hosts and organisers to observe Covid guidance at this event to ensure the safety and wellbeing of all attendees. 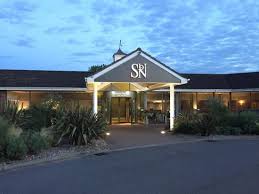 CEO Courageous Leadership, Founder of The Academy of Women’s Leadership With 20 years' experience leading secondary education, including six years as a successful head teacher in a London secondary school, Diana works at the cutting edge of leadership development. She is known as a resilient school leader, skilled in urban leadership under challenging circumstances. Diana has substantial success in developing school wide models that strategically enhance the quality of teaching and learning across the curriculum and can couple sound strategic vision whilst giving clear operational direction. She lectures on a MEd in Educational Leadership for a UK university. Diana is also a school inspector with developed expertise scrutinizing school wide systems. Diana founded The Academy of Women's Leadership, specializing in supporting women to grow the leadership cultures of their organisations and to flourish as leaders, established in confidence.

Headteacher, Walthamstow School for Girls Helen Marriott is an outstanding school leader in the secondary phase who's achieved significant success in school improvement and boosting outcomes for disadvantaged young people in East London. Helen is a leading figure in #womened and an experienced speaker. At Little Ilford Secondary School, as co-headteacher, she built a strong, research-informed culture to support staff professional learning and improve outcomes for pupils.

Researcher, Consultant and Author of ‘Cleverlands’ Lucy Crehan is a qualified teacher, an education explorer, an author, and an international education consultant. She taught science and psychology at a secondary school in London before becoming interested in education research and policy, completing a Masters, and setting off on an educational exploration around the world’s top performing education systems. She helped out in schools and lived with teachers in Finland, Canada, Singapore, Japan, New Zealand and Shanghai, spending a month in each place. Since returning from her trip she has published a trade book – Cleverlands – recounting her findings, written a specialist book on teacher career structures for IIEP UNESCO, worked with governments in England, Brunei and Myanmar, and spoken about her work at conferences in nine countries across four continents. She spent a year working as part of a team advising foreign governments on education reform at Education Development Trust, and now works as an independent consultant and author.

HMI - Ofsted Regional Director, London Mike Sheridan took up his post as Regional Director, London on 1 September 2015. Previously, Mike was a senior HMI and operational lead for the South East of England. Mike first joined Ofsted as a seconded head teacher in 2007 and then went on to be appointed as one of Her Majesty’s Inspectors in 2009. He is a qualified teacher and, prior to being employed by Ofsted, held several leadership roles. Most recently he was the head teacher of a federation of schools. Mike has worked as a consultant and a trainer for heads and teachers. He has particular expertise in teaching and the impact leadership structures have on raising standards.

Founder and Senior Consultant of Enhancing Learning Ltd, international trainer Andy has over 30 years of experience within education, including Headship, National College of Teaching and Leadership, Consultancy and OFSTED. He is currently the Senior Consultant with Enhancing Learning Ltd and is supporting schools across the U.K., Europe and Asia with school improvement, leadership development (Head Teachers, Senior Leaders and Middle Leaders), outstanding classroom practice, NQT professional development and Teaching Assistant development.

CEO Teacher Tapp, former editor of Schools Week and Guardian Columnist Laura McInerney is an education journalist, co-founder of the daily survey app, Teacher Tapp, and renowned keynote speaker. She taught in challenging east London schools before being taken to court by the government for asking a question. She eventually became the Guardian’s education columnist and editor of the investigative newspaper. Since 2013, Laura has been a columnist for The Guardian and has written for other publications including The Observer, the New Statesman, The TES, and Prospect. She regularly uses her schools expertise to appear on broadcasts including Radio 4’s Today, Radio 5 Live, BBC London, LBC, Talk Radio, and Sky News. Laura has authored two books, The Leadership Factor, co-authored with Drew Povey (from ‘Educating Manchester’), and The Six Predictable Failures of Free Schools (And How To Avoid Them). Over the past 7 years Laura has keynoted and hosted at most major education events including, The Wellington Festival of Education, the Headteachers’ Roundtable, and the BETT show.

Chief Knowledge Officer, Ipsos Group Simon Atkinson is Chief Knowledge Officer for the Ipsos Group, where he works with teams around the world to bring analysis of the latest consumer trends and business themes to Ipsos' clients. He is a former Assistant Chief Executive at Ipsos MORI where his previous roles have included spells as head of social research and director of its political polling practice. In the field of social research he has worked widely with our local government clients over the years, including conducting a number of studies for Havering. Twitter: @SimonMAtkinson
Back to Top

Vision Teaching
Back to Top