We are delighted that this one day Conference, postponed from March 2020, has now been successfully rescheduled for 11 March 2022.

With a focus on promoting positive mental health, we are pleased to be welcoming a range of eminent presenters at the Conference.  Ruby Wax, Julie Harmieson of Trauma Informed Schools and Ruth Frett of Gloucestershire Constabulary are the keynote speakers and Dr Louise Gilbert, Sam Strickland, Colin Foley and Molly Macleod will be delivering a range of workshops throughout the day.  Full speaker details together with a programme may be found below.

The event is open to all schools in Gloucestershire and surrounding areas and delegates wishing to attend should please register and select their workshops using the button below.  The cost per delegate is £150.00 including VAT, refreshments throughout the day, lunch in the panoramic restaurant at Cheltenham Racecourse and on site parking.

There will also be an exhibition of education suppliers running alongside the Conference and companies wishing to participate and take a stand should kindly contact us as soon as possible to secure their space.  Stands can only be offered on a first come, first served basis. 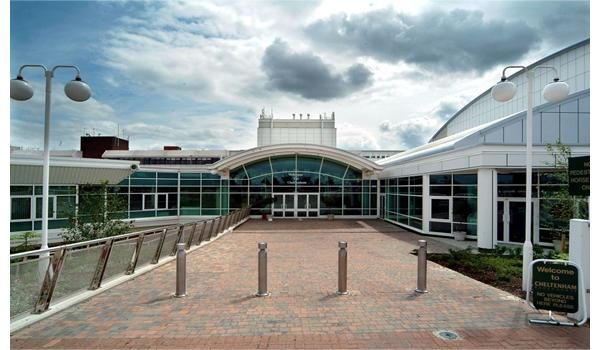 Colin Foley is the training director of the ADHD Foundation, the largest ADHD charity in Europe. After twenty-five years as a secondary teacher and senior leader, Colin’s work for the ADHD Foundation is grounded in empowering teachers to deliver outstanding outcomes for children and young people with ADHD through increased awareness of the condition and through practical classroom strategies that every teacher can use at all key stages.

Julie is passionate about supporting schools to develop inclusive, trauma informed approaches that benefit all members of the school community and enabling educators to remove the barriers preventing full engagement in life and learning. She divides her time between working at the chalkface in both a practical and advisory capacity, with training, supporting and challenging schools to embed and develop their trauma informed practice. Former Head of a Primary Alternative Provision. 18 years’ experience in education as a qualified teacher in supporting children and young people with social, emotional and mental health difficulties and/or challenging behaviour as a class teacher and at senior leadership level within both the mainstream and specialist sectors. Trust Lead for Trauma Informed Approaches at Aspire Multi Academy Trust, Cornwall. Independent freelance Consultant supporting teachers, education professionals and counsellors with individuals and groups of challenging and/or vulnerable children. Extensive experience in training, coaching, mentoring and supervision. Co-Director of Trauma Informed Schools UK (TISUK) informing delivering and supporting mental health training to schools in the UK.

After completing her teaching qualification in 1996, Molly decided to pursue a career working alongside disadvantaged and vulnerable young people. Knowing school to be a protective factor for most pupils, she was keen to better understand why some were so disengaged from Education. Following a number of years as a youth worker in Edinburgh, specialising in sexual health and work with young parents, Molly moved to Gloucestershire and joined the County Council in 2008, becoming manager of the Youth Crime Prevention Team. Her subsequent work as a Locality manager for Early Help led her to recognise the importance of whole family working in order to affect sustained changes for young people. She went on to set up Gloucestershire’s Families First programme, working with the most complex and deprived families in the county. Molly is passionate about equitability, inclusion and enabling young people to have a voice. She was introduced to the emerging field of Restorative Practice in 2016 and quickly gained an affinity with its ethos and principles. Since then she has been gathering examples of best practice from across the country and has been working alongside a number of Primary, Secondary and Special schools within Gloucestershire to implement restorative approaches. Over the last 2 years it has become apparent to Molly that the success of a Restorative Approach relies on understanding the impact Trauma and Adverse Childhood Experiences have on mental wellbeing, and the ability to fully engage in a restorative process. As a result, Molly is currently liaising with schools and health professionals to develop a Trauma Informed Relational Practice offer. She is also working with Early Help and Inclusion services to implement a Team around the School model for those schools embedding Restorative Practice, to further support their inclusion offer and re-engage young people in their education. Molly continues to be committed in guiding schools across Gloucestershire to effectively implement Restorative Practice, as well as supporting professionals working with Schools, to understand and model a Restorative Approach. In addition to this she is collaborating with the University of Gloucestershire to embed Restorative Approaches within Initial Teacher Training across the county.

After arriving in Britain from the United States in 1977 and training as an actress, Ruby Wax joined the Royal Shakespeare Company for five years. She then had a hugely successful career spanning twenty-five years with the BBC, writing and presenting her own shows, as well as script editing all series of Absolutely Fabulous. Following her career in television she returned to school to get her Master’s in Psychotherapy and Counselling at Regent’s University, followed by an Master’s in Mindfulness Based-Cognitive Therapy from Oxford University, graduating in 2013. She holds two Honorary Doctorates and a Visiting Professorship, a City Lit Lifetime Fellowship and recently appointed Chancellor of Southampton University. Ruby is the author of best-selling books, Sane New World, and A Mindfulness Guide for the Frazzled which combine neuroscience and mindfulness spun with comedy. Both books were number one in the Sunday Times bestseller list. Her one-woman shows, Sane New World and Frazzled have toured internationally and had runs in London’s West End. She founded Black Dog Tribe, an online, social networking site providing information and support for people suffering with mental health issues. She spoke at TedGlobal in 2012 on breaking the stigma; her speech was called What’s So Funny about Mental Illness? Ruby is a regular speaker at parliament and Downing Street raising money for research into neuroscience and mental health. She is an ambassador for MIND and SANE charities, on the board of the Anna Freud Centre and President of Relate. In the past year, Ruby has created her own charity, Frazzled Cafes, in partnership with Marks and Spencer’s. Marks and Spencer’s provide space in their cafes throughout the UK, closing them to the public for small groups to meet bi-monthly, led by a trained facilitator. This works in a similar way to AA but specifically for those who feel frazzled. Her latest book How to Be Human was published in January 2018. It went immediately to the bestseller list. She wrote it with the help of a monk and a neuroscientist. Ruby has been touring the show of How To Be Human throughout recently throughout the UK and Ireland and soon to be followed by a run in the West End in June 2019. When Ruby’s not writing, or performing she does private speaking engagements for organizations such as: Google, Apple, MI5, Bae, Skype, Facebook, eBay, Oxford University, Deutsche Bank, Goldman Sachs, Merrill Lynch, Microsoft, The Home Office, Johnson and Johnson Pharmaceuticals, Bayer Pharmaceuticals, GMT Communication Partners, Royal Bank of Scotland and the Home Office. In 2015 she was awarded an OBE for her work in mental health.

Ruth Frett joined Gloucestershire Constabulary in July 2020 as the Business & Development Manager of the Sabrina Centre – the Constabulary’s state-of-the-art learning and development (L&D) and conference facility. She has since been appointed as the Acting Head of L&D responsible for all the training, upskilling and leadership development of police officers and staff across the force. Ruth is one of the founders of the Boost Self-Leadership Programme, a programme that stemmed from the vision of Chief Constable Rod Hansen who, like Ruth, is passionate about equipping young people to deal with challenges they face, both now and in the future. This is Ruth’s third career. She was a professional singer for 10 years, singing on BBC Radio 4 and performing concerts in jazz, German lieder, oratorio and opera all over the UK and abroad. Through delivering master classes, Ruth found a love of teaching and spent 19 years in primary and secondary education across state and private schools, before being appointed as a head teacher. Five years ago, Ruth and her family faced a personal trauma which then collided with her professional role as a head teacher. This experience has made her aware of how important it is to enable young people to find their voice; live with the many and diverse challenges that life throws at them and be able to look within themselves to find the strength to carry on. The Boost Programme is a self-leadership programme which gives young people an opportunity to transform their understanding of self-control and self-influence. Her passion, together with the Boost Team, is to provide as many young people as possible with an opportunity to explore the leader that they have within them, in order to realise the potential that is literally at their fingertips.

Sam began his teaching career as a history teacher in Bedfordshire having completed his PGCE in secondary history at the University of Cambridge under Christine Counsell. Sam’s career quickly accelerated, becoming a Head of history and classics. He then moved on to become a Lead Professional and worked for a SCITT Consortium. Sam has also had educational resources and research published and organised ResearchED Northampton. He has also delivered courses nationally. Sam then became an Assistant Head where he had responsibility for the Sixth Form and led a Post 16 consortium arrangement. Sam then served as a Vice Principal, where he directly oversaw student care, the Sixth Form, the curriculum and served as the safeguarding lead for an entire trust. Sam also served as a lead facilitator for NPQSL. In 2015 Sam served as an Associate Principal, with GCSE and A Level results under his tenure receiving commendation from the DFE, Nick Gibb and the SSAT. Sam is now the Principal of a large all-through school and has helped to guide its GCSE results from the bottom 20% nationally to the top 20% and A Level outcomes to the top 5% nationally.
Back to Top 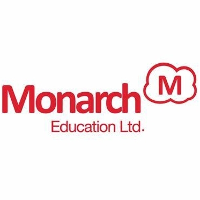 Wall Art (by Promote Your School)

Worth Publishing
Back to Top